In the Embassy End of Year Survey, diplomats give their verdict on the events of 2019 as we bid farewell to a decade of disruption

London’s envoys have summed up 2019 as ‘the year of protest’ as people on every continent rose up against “dithering” governments and “unscrupulous” leaders and their incapacity to tackle climate change, social inequality, corruption and oppression.

In the Embassy End-of-Year survey, respondents concluded that the world in 2019 was in “worse shape”, citing the lack of action over “irreversible climate change” as well as “nationalism and populism on the rise”, “unpredictable world leaders”, “polarisation”, “social manipulation” and “escalating trade wars” as their key concerns as we bid farewell to a decade of disruption.

It was also a year of marginal gains for diplomacy, as envoys rated themselves 5.5 out of 10. While there have been no successes or major conflicts in 2019, there is significant room for improvement.

Lack of trust
“There seems to be a backlash against liberal ideas and multilateralism,” commented one pessimistic diplomat. “The lack of trust in leadership is a growing concern among the electorates of many countries. And the most worrying sign is the lack of trust in factual evidence. Societies are divided and polarised beyond recognition. And sadly the COP 25 ended with no real commitments.”

Extreme weather events, climate change protests and Time Magazine’s ‘Person of the Year’ Greta Thunberg’s calls to action, were frequently mentioned as the ‘global event’ of 2019. This marks the first time in the Embassy survey that climate change has topped the political agenda.

Sending out an SOS

Dictionary.com’s word of the year was ‘existential’, while Oxford opted for ‘climate emergency’. These summed up the sense of anxiety felt in the Caribbean and the Pacific. Both reported that their region was in “very bad shape” due to “environmental disasters”.

Diplomats from the small island states of the Caribbean pointed once again to the devastation wrought by natural disasters – this year it was Hurricane Dorian in the Bahamas. On the other side of the world, their Pacific cousins raised concern about rising sea levels as well as “reef damage, fires, droughts, land degradation and deforestation.”

Sentiments from Asian diplomats were not too cheerful either. Protests in Hong Kong were a major concern, coupled with the slowing Chinese economy and the chilling effect of trade wars with the US. “Korean peninsula chaos” as well as the rising hostilities between India and Pakistan over Kashmir were also causes for apprehension.

Envoys pointed to worries over the treatment of Muslim communities in parts of Asia, from the Rohingyas in Myanmar, the Uighurs in Xinjiang as well as the huge protests in India, notably the over new citizenship laws, which are perceived as a threat to India’s multiculturalism and secular constitution.

It has been a below-par year for Latin America, with diplomats pointing to “a year of protests in several countries” as governments “failed to meet the expectations of the middle class,” commented a diplomat.

Dubbed Primavera Latinoamericana (Latin American spring), a tsunami of social unrest hit the continent including anti-Maduro riots in Venezuela, protests in Bolivia which resulted in the sweeping from power of President Evo Morales, uprisings in Colombia and Ecuador and huge demonstrations in Chile, which started over subway price hikes that spiralled into angry looting over inequality and austerity. In Argentina an election brought about a change towards a left-leaning government.

The cancellation of COP25 in Chile due to riots, which followed Brazil’s earlier volte-face to host the summit, has led to deepening concerns of Latin American diplomats over climate change, notably the fires in the Amazon and deforestation.

On the positive side, the signing of the new United States-Mexico-Canada Agreement (USMCA) was welcomed, although the Central American ‘migrant caravan’ also drew attention to the push and pull factors leading to migration and the lack of any real answers to address this.

The actions of US President Trump – described as “unpredictable” and “hostile” – continue to confound diplomats because of the potential impact on global security, the environment and free trade.

Even in even-keeled Canada, the federal elections were polarised, with Prime Minister Justin Trudeau’s Liberal Party losing its majority in a bruising campaign.

Stuck in the middle

Middle Eastern diplomats ended the year in pessimistic mood, but relieved that the uneasy stasis in a volatile region had not tipped over into catastrophic conflict. Tensions between rivals Saudi Arabia and Iran remain on a knife-edge, the surprise withdrawal of the US from Syria has triggered a new dynamic, especially with Turkey’s interventions in the region, and there have been popular uprisings, notably in Lebanon, Iran and Iraq.

But there have been some hopeful developments too, as one Middle Eastern envoy noted: “Tunisian elections, the Algerian Hirak [Smile Movement], Saudi negotiations with the Yemeni [Houthis] and the Qataris.”

The one region where optimism bucked the trend was Africa, which saw the newly installed young Ethiopian Prime Minister Abiy Ahmed extend the hand of peace to his Eritrean neighbours – for which he was awarded the Nobel Peace Prize. This example of good leadership has had a transformative impact, not only on these once warring neighbours, but the Horn of Africa and the wider region, including the transition in Sudan and the cessation of conflict in South Sudan.

In South Africa Cyril Ramaphosa was elected president on an anti-corruption ticket and the Springboks were crowned Rugby World Cup champions as an additional feel-good factor.

The world’s largest free trade area, Africa Continental Free Trade Agreement (AfCFTA) also came into force in 2019 (with 54 countries signed up), which could have a positive impact on intra-regional trade and investment and economic growth.

Summing up 2019 in Europe, diplomats gave it a mixed review, with the continent in a holding pattern. “There is no special change, apart from more awareness over environmental risks,” reported one envoy.

Brexit and the UK elections were dominant issues, notably the thumping majority gained by the Conservative government and the voting through of a withdrawal agreement. The ending of the uncertainty over Brexit brought widespread relief among EU envoys.

However, there were also worries about strikes, the lack of action over climate change, risks to press freedom and the rise of right-wing nationalism. The NATO meeting in London in December put the spotlight on the continent’s security, highlighted by the discord between leaders.

The end of the beginning
Evaluating the year for the UK, diplomats felt that the election of Prime Minister Boris Johnson with an outright majority was a positive outcome, if only to end the Brexit paralysis. However there is a worry that the enhanced powers won by Prime Minister Johnson might result in a “missed opportunity to forge stronger political and mutually beneficial economic relations with EU”.

Another paraphrased Winston Churchill, saying as far as Brexit negotiations were concerned, that vote for the Withdrawal Bill was “not the end, or the beginning of the end, but possibly the end of the beginning”.

Asked to sum up the year, envoys described 2019 as “tiring”, “confusing”, “uncertain”, “politically insane” and “muddling through”.

One diplomat described 2019 simply as “a waste”. That could also describe a decade of squandered opportunities – on tackling the climate emergency, to the withering of the Arab Spring and the lack of action to address social and global inequalities that has led to polarisation, populism, mass migration and a lack of trust in the establishment.

But it’s not all doom and gloom. Envoys felt the challenges were “manageable” and pointed to some positive signs for the new decade. “Trade between China and US looks on track; BREXIT looks positive at last; the new Conservative government in UK means entrepreneurship should flourish; and a slightly more balanced view emerging on climate change.”

Another felt the increasing number of women in leadership positions was a good thing too: “The future is female!” said one.

Taking their lead from a politically engaged emerging young generation, envoys hinted at a better future: “The world is changing, leaders are changing” said one. “We always believe in a better future.”

Kīa Ora, High Commissioner Bede Corry and welcome to London! We look forward to working with you and your brilliant team at @NZinUK twitter.com/NZinUK/status/…

Nau mai haere mai ki Rānana! We are pleased to welcome Bede Corry, New Zealand’s High Commissioner to the United Kingdom, to London 🇳🇿🇬🇧. Our meetings have been virtual so far, but we look forward to a proper pōwhiri soon. pic.twitter.com/E8ypKU9n27

Bon voyage Aurelie! Huge congratulations on your new job as DHM at @franceintheus. I hope they know how lucky they are to have you. The London diplomatic press corps will miss you (and your cat!) We'll continue to follow your exploits in the US with interest @DPAAL_UK twitter.com/AurelieBonal/s…

At the end of this week, I’ll be moving to the US to take my new position as deputy Ambassador @franceintheus. It’s been a fantastic 4 years! Lots of fun & some crazy moments, as this terribly emotional final gift from my team can attest! Thank you UK! 🇬🇧 https://t.co/WzJP5yX5D6

It's been five glorious years! Let's hope we have you in London for a while longer @RehakLubomir and @DRehakova twitter.com/RehakLubomir/s…

Quinquennial of my current diplomatic posting today. On 10 August 2015 I arrived at Heathrow Airport, being welcomed at the Windsor Royal Suite by FCO representative as the 6th Ambassador of Slovakia to the Court of St.James's. Good reason for reflexion and recapitulation.🇸🇰🇪🇺🇬🇧 pic.twitter.com/QhDesjnkTT

Great news! Congratulations @JoannaRoperFCO on your appointment as UK Ambassador to The Netherlands - UK-NL ties are in very good hands (but we will miss you here in London!) @NLinUK @sjhsmits twitter.com/ukinnl/status/…

📢We look forward to welcoming @JoannaRoperFCO as Her Majesty’s 🇬🇧Ambassador to the Netherlands🇳🇱 in September of this year!

Sending our congratulations to our friends at the Embassy of Cote d'Ivoire and Ivorians everywhere on the occasion of your Diamond Anniversary of Independence - felicitations! #Cotedivoire 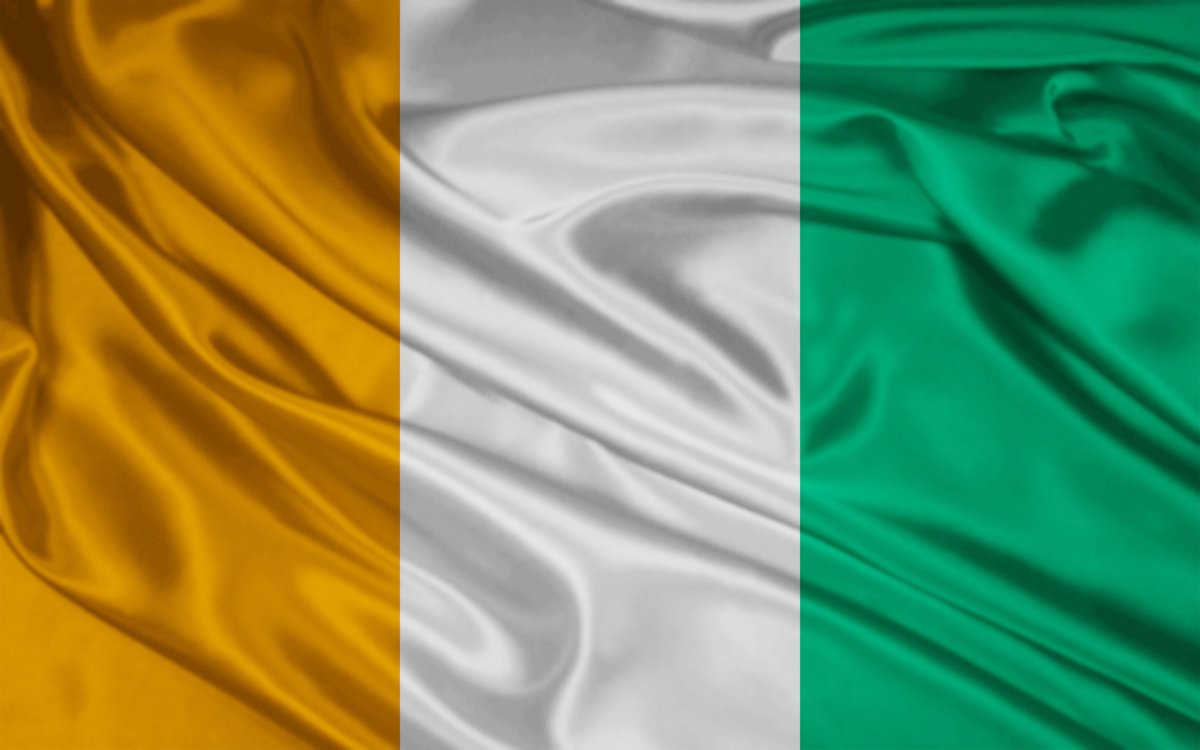 Dear Palmerson, our favourite @diplomog sorry to see you go! You have been the finest & fluffiest example of British #softpower. We will miss you & wish you a happy retirement in the countryside. Your successor has big paws to fill! Love & Dreamies, the Embassy Team #DiploCats twitter.com/DiploMog/statu…