European citizens from 28 countries have cast their votes and now the process begins to elect the person who will head the next European Commission. Jacqueline Minor, the EU Commission Representative in London, outlines the challenges ahead for the EU’s leaders.

It was an anxious wait for Jacqueline Minor and her staff at Europe House as the results of the European Elections trickled in. Because this time the results mattered.

For one thing, the 751 newly-elected MEPs will have a real say as to who Minor’s new boss will be.

“This is the first time that the Treaty of Lisbon will apply to European elections. That gives the Parliament the right “to elect” the Commission president, she explains. “It means they will have to approve the candidate put forward by the European Council, by a vote.”

Although there seems to be a difference of interpretation between the Council and Parliament as to how that plays out in practice – which may result in a tussle between the two.

Each of the five main political blocs in Parliament put forward chief candidates (spitzenkandidaten) for President. But with the narrow victory of the centre-right European People’s Party over the centre-left Party of European Socialists in the elections and sweeping gains made by rejectionist parties, Minor predicts a German-style “grand coalition” between the mainstream parties.

That makes chosing a candidate from either political bloc complicated.

What’s more some European leaders in the European Council (notably David Cameron) would prefer to select their own candidate in the usual closed-door fashion, while taking into consideration the election results.

“So the Parliament has its view; the Council perhaps has a slightly different view, and we at the Commission will be interested observers,” smiles Minor, a Commission veteran of 30 years.

But whoever eventually occupies the 13th floor of the Berlaymont Building come October, he – or indeed she – will have to steer the EU through some turbulent times.

“The President of the Commission has quite a strong influence, on the general direction, the priorities, the way in which the Commission presents itself to the world. A change of Commission President will mean quite a lot of change,” says Minor.

The first task will be to create a team of commissioners that can meet the challenges facing Europe. This normally involves a bit of jostling and horse-trading between Member States and the Commission President.

Britain, she hears, would like one of the big economic portfolios but some EU observers say this time around, Britain’s negotiating position may be weakened by the fact that it may no longer be a member of the EU by the end of the Commission’s term.

In the past, Britain has fielded formidable trade commissioners – but TTIP negotiations with the US, and trade treaties with China and Japan in the pipeline would take the British Commissioner out of Brussels at a time when Britain needs an ear close to the ground.

Other options are competition or industry – even the possible splitting of internal market. “The Commission President isn’t bound by the current structure of the Commission,” says Minor. “So hypothetically you could have the internal market in goods and services separated from the financial services, which is still a significant portfolio in its own right. It might include the digital agenda, which is a priority for Britain.”

“The more reform of the EU as a whole that all 28 can buy into, the fewer derogations or exceptions you need for the UK. I’m sure that would be the preferred option”

If a member state fields a political heavyweight, that improves the chances of bagging the desired portfolio, says Minor. Top of the pile of names circulating in Whitehall for the British Commissioner is Leader of the House of Commons Andrew Lansley but Universities and Science Minister David Willetts, former Chief Whip Andrew Mitchell and Europe Minister David Lidington are also in the mix.

Commission priorities
The new Commission will have a very full in-tray, at the top of which will be getting the European economy back on track, says Minor. That will include measures to improve competitiveness in the EU and possibly new regulations for the labour market to help bring unemployment down. Completing the single market in services and the digital agenda are key ways to improve growth and competitiveness, she adds.

The economic crisis also brought about more economic integration, particularly in the Eurozone area, but these measures could be structured better.

“One of the big tasks for the next Commission is the governance of the Eurozone and the relationship between the Euro-ins and the Euro-outs… You will need an institutional mechanism to prevent caucusing so that one group doesn’t dictate to the other,” says Minor.

Trade is another area that is central to growth. Signing TTIP with the US as well as trade deals with China and Japan will be a focus. Coming to an agreement that is acceptable to all 28 members will require some compromise, but the end result will benefit the whole Union.

Energy security – and the creation of an energy union – will need to be addressed with some urgency after the crisis in Ukraine revealed Europe’s over-dependence on Russian oil and gas. According to the European Energy Security Strategy to be published in June, the EU currently imports 70 per cent of its gas and six member states are entirely reliant on Russian gas.

Building the infrastructure to connect Europe’s energy markets will be costly but essential. The Commission will also have to take decisions on the ‘fracking’ revolution and whether new regulations will be needed for the emerging shale gas industry, adds Minor.

Related to energy security is the climate change agenda. Transforming Europe into an energy-efficient, low-carbon economy is another priority.

The Ukraine crisis also drew attention to the challenges of creating a common foreign policy. The European External Action Service with a High Representative at the helm has helped to coordinate a common foreign policy with 28 members – with some notable successes – but it remains “frustratingly slow,” says Minor, because foreign policy is an essential characteristic of a sovereign state and each member state has different national interests.

A new Commission will have to decide what foreign policy tools – such as trade, aid and enlargement – could be coordinated better for a more coherent and effective foreign policy.

A final and important challenge, particularly considering the election results, involves making the EU more transparent and accountable for European citizens. At a critical juncture where the European Parliament has been given enhanced powers, there has been a rise in reactionary anti-European parties on both the far right and far left.

While a German-style grand coalition would continue the smooth functioning of Parliament, it would also leave around a quarter of the European electorate feeling ignored and disenchanted which worries Minor.

“My concern is that the people who voted for rejectionist parties will feel even more strongly that their vote isn’t really heard in the European Parliament.”

However, the rise of rejectionist parties may spur the EU leadership into reforming the European Union, which is what the UK has been calling for.

An important part of Minor’s job is to communicate British sentiment and “peculiarities” to the Commission and to explain the workings of Brussels – and to debunk popular myths – to a sceptical British public.

UKIP’s historic European election victory and the decision by Prime Minister David Cameron to renegotiate Britain’s relationship with the European Union have made Minor’s job that much more challenging.

However, the election results may increase the appetite in other European countries for the kinds of reform that Britain is seeking, she points out. “The more reform of the EU as a whole that all 28 can buy into, the fewer derogations or exceptions you need for the UK. I’m sure that would be the preferred option.”

But even as Prime Minister Cameron unilaterally tries to repatriate powers from Brussels, the outgoing Commission President José Manuel Barosso has hinted that accommodations could be made for “British specificities”.

But only up to a point. “I think the message he wanted to convey was there is room for negotiation… but there are limits. The limits must be that you can’t undermine the coherence of the whole.”

So opting out of free movement of persons, one of the main pillars of the EU, is likely to be a no-go area, but options to look at the rules governing welfare – whether at a European or domestic level – might be possible.

Whatever powers Britain repatriates, there is limited appetite for treaty change, adds Minor.

“The whole Lisbon process left in the collective memory that you can spend far too much time looking at institutional change and take your eye off what’s really important…So the focus is to try and get the economy right before we start tinkering with the treaties again,” she says.

Much is still up in the air but political intrigue is guaranteed with a transition in Brussels, a Scottish referendum and a British general election, with the possibility of an in-out referendum. “It’s going to be a fascinating few years,” concludes Minor.

Wishing our friends at @USAinUK and to all in the US foreign affairs community around the world a happy #ForeignAffairsDay twitter.com/SecBlinken/sta…

On Foreign Affairs Day, I want all our @StateDept personnel worldwide to know how proud I am of you. The names engraved on the walls in our lobby remind us of the dangers many of you face while carrying out your duties. Today we honor every single one of you. pic.twitter.com/7LcLXEwnwt

Ah now this is sweet...Can't wait to tuck into these lovely goodies for a traditional Canadian #SugarShack breakfast this weekend to celebrate spring, courtesy of our friends at @CanadianUK - flipping marvellous! #CanadaHouse 🥞🍁☀️ 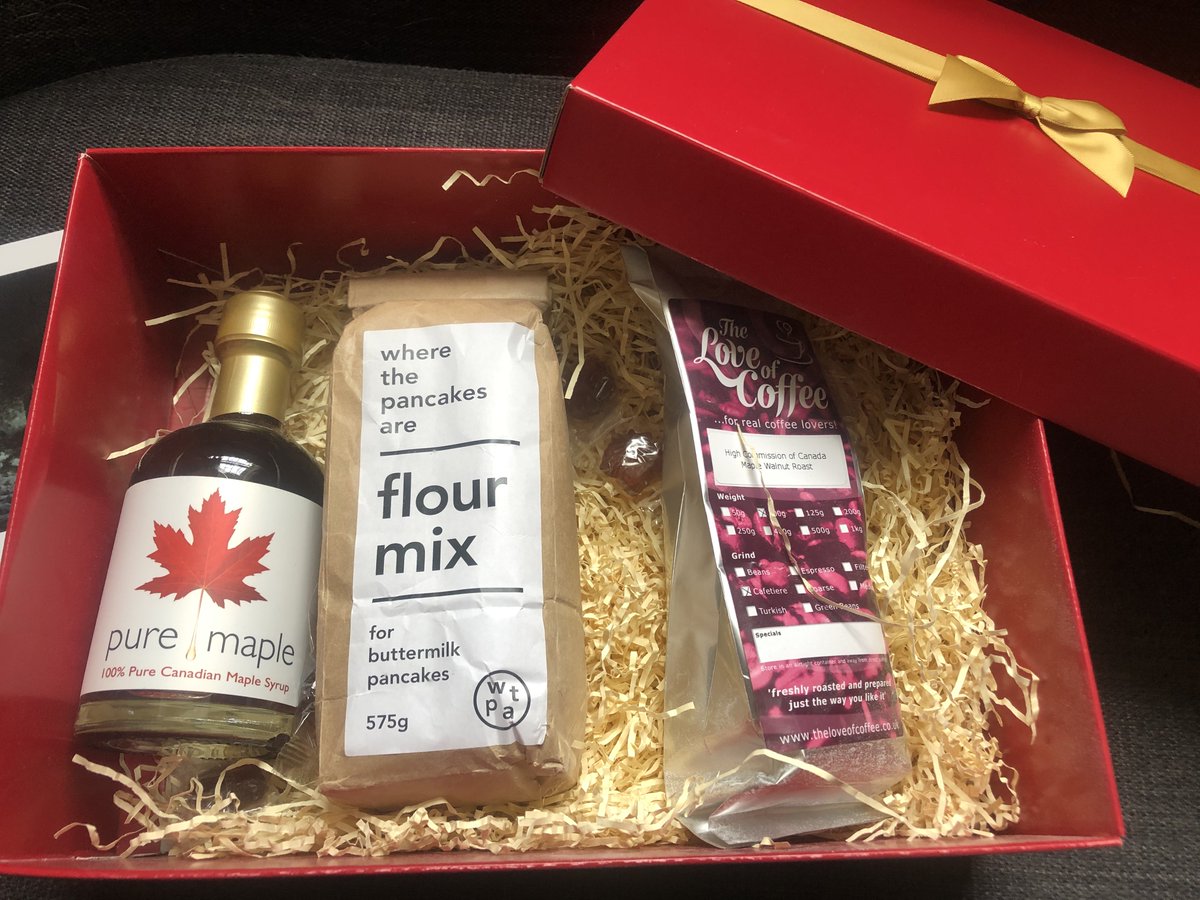 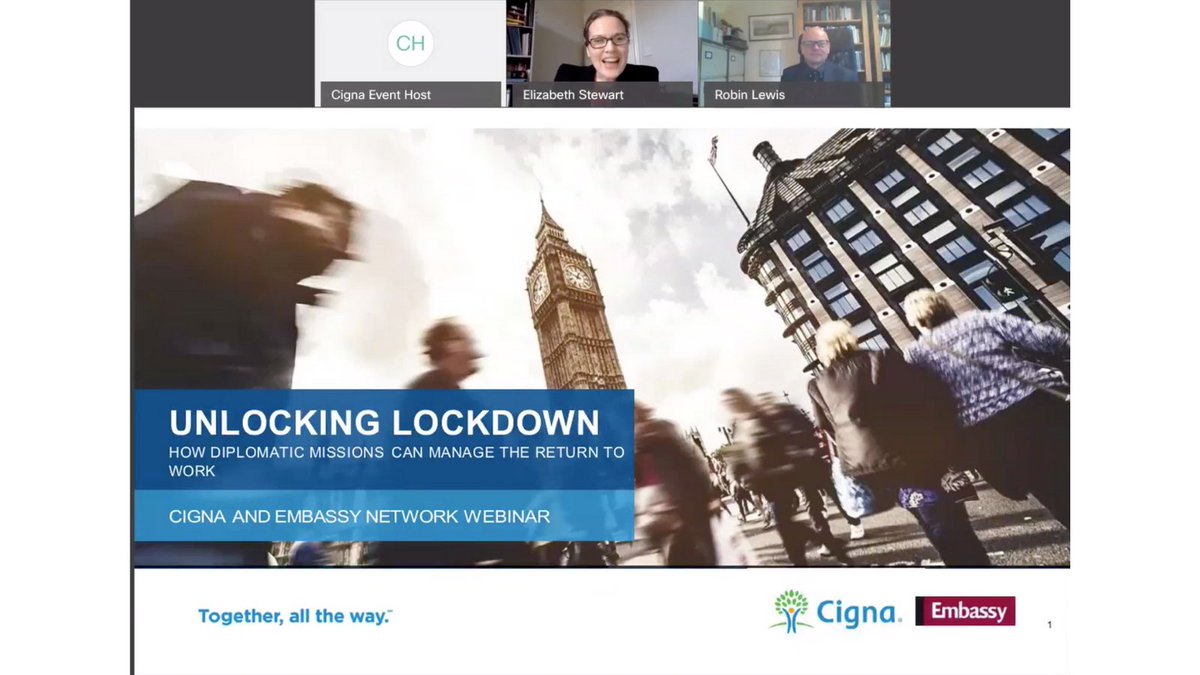 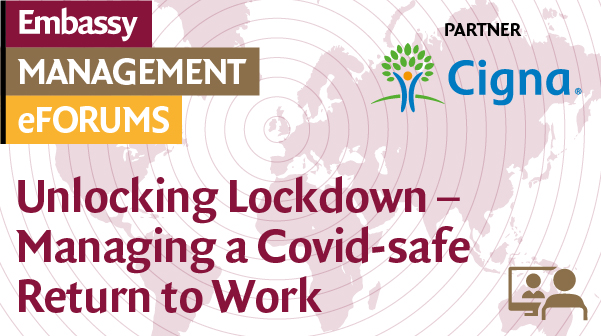 Local election day today. One of the more unusual benefits of being a diplomat posted to the UK is reporting on elections and their gloriously eccentric candidates👇 twitter.com/CountBinface/s…

Here’s my front page splash and double-page spread in today’s Metro. It’s the first time an interstellar politician with a waste receptacle for a head has received this honour. (I think.) #VoteBinface pic.twitter.com/Iq1tvolcCo

Excellent news: @POTUS has just given the developing world a fighting chance against #Covid19 pandemic by waiving IP protections on vaccines @USAinUK 👇 twitter.com/DrTedros/statu…

This is a monumental moment in the fight against #COVID19. The commitment by @POTUS Joe Biden & @USTradeRep @AmbassadorTai to support the waiver of IP protections on vaccines is a powerful example of 🇺🇸 leadership to address global health challenges. pic.twitter.com/3iBt3jfdEr

An example of good and sensible diplomacy on the margins of the #G7 foreign ministers meeting. EU Ambassador @ValedeAlmeidaEU to be accorded the same status as other heads of mission in the UK 👇@EUdelegationUK twitter.com/JosepBorrellF/…

Pleased to announce with @DominicRaab an agreement on the status of our EU Ambassador and EU Delegation to the UK. My thanks for this and an extremely productive & well-hosted 2-day #G7UK meeting. https://t.co/dgi8NuyLZM@EUdelegationUK pic.twitter.com/3QeQ1bGoxE