“As a diplomatic press officer, your day is never done,” smiles Esther Corral, press counsellor at the Spanish Embassy and the newly-elected President of the Diplomatic Press Attaché Association of London (DPAAL).

Monitoring a 24-hour news cycle is challenging at the best of times, but London is a global media hub. The ripples of a breaking story here will reach the shores of home capitals within minutes, setting the smartphones of press attachés into spasms of vibration.

“Dealing with the British media is a challenge, but professionally it’s so interesting because you are working with journalists who really are at the top of their game,” says Corral.

The rise of Twiplomacy
And increasingly, diplomats have to engage with ‘citizen journalists’ on social media, adds Corral. It’s a different animal from #MSM (‘mainstream media’) and an entirely different species from predictable government communications.

Most embassy media officers would agree that social media is a great tool for engaging with the wider public beyond the ‘Belgravia bubble’, but it also raises questions: what social media platform is right for what audience? How do you attract audiences with engaging content and campaigns that people will share – rather than just adding to a giant echo chamber? And if a story does go viral, what are the risks of a backlash…?

“Probably the hardest job of a press attaché is crisis management,” nods Corral. “Getting your message through or correcting inaccuracies of a rolling story is always a challenge. The trick is to be organised, be able to multi-task and have a good network of contacts within the media.”

That could mean negotiating media access to a visiting VIP (and laying down the “rules of engagement”) or successfully pitching an enticing news story or op-ed article in a highly competitive media marketplace.

It can be a daunting job – even for a top-ranking civil servant and government communications specialist such as Corral, who has worked for the past six years for the Prime Minister’s Press Office.

Point of contact
“And that is where DPAAL can help,” smiles Corral. Officially launched in 2010, DPAAL is a relative newcomer on the London diplomatic scene, but has quickly proven itself to be an invaluable resource for the diplomatic press corps. “It’s a ready-made network of media colleagues and there is always someone to call if you need a contact or advice on how to manage a difficult issue, especially if you have to react quickly,” explains Corral.

Another important function of DPAAL is to be the point of contact between the diplomatic community and media organisations. Meetings with top editors or site visits to newsrooms also help press attachés gain a better understanding of how the media works.

“We have a very professional focus, so all our meetings are geared towards expanding our contacts and our knowledge of the media,” says Corral.

DPAAL is also a useful interface between the diplomatic press corps and British government communications networks. Tickets to the annual ‘Working With Whitehall’ event, co-hosted by the Foreign Press Association and the FCO, are snapped up in seconds. “Knowing the press officers in Downing Street or Whitehall is very useful when it comes to organising a ministerial visit,” says Corral.

Practical seminars
Helping press attachés navigate the ever-evolving media landscape is another function of DPAAL, which hosts practical seminars with media experts on topics such as social media strategies for embassies.

Corral has plenty of ideas in the pipeline, including a talk on polls with a polling company such as Yougov; a workshop on media regulation in Britain with the press regulator IPSO; and a visit to Facebook. All she needs is venues: “Because we don’t have a budget, I appeal to our members to open up their embassies and high commissions for hosting events,” she says.

Broadening the DPAAL network is a priority for Corral who is energetically reaching out to missions from all regions. It’s easy to see why she was decorated with the Cross of Isabella the Catholic for improving friendship between Spain and the international community.

“I welcome the ideas of our membership – we are always looking for new ways to be that important interface between the diplomatic world, the media and government communications. It’s hard work but the new DPAAL board is really keen to get active so watch this space…”

PHOTO ABOVE: DPAAL President Esther Corral Cortez at pictured at the ITV Newsroom

A seminar on social media strategies, co-hosted by the Goethe Institut

Thanks Sophia @farnhammaltings for Cultural Attaché Network exchange with Jenny Daly @BritishArts Rachel Hayward @HOME_mcr & Cristina Fuentes La Roche @hayfestival on festivals as platform for cultural engagement, how they are adapting to #Covid19 & how embassies can collaborate 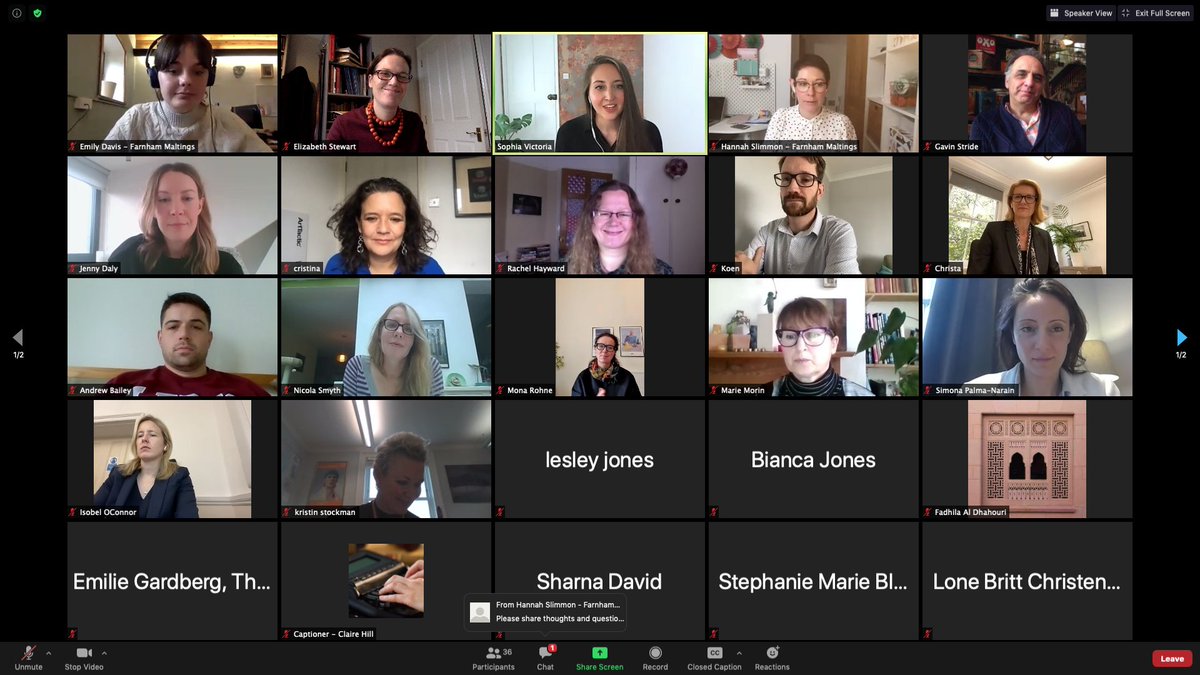 Thanks for starting this Q&A @CrispianWFCDO Useful tips for Comms teams at London diplomatic missions also grappling with the same question. How to have a distinctive voice in a digital cacophony @DPAAL_UK twitter.com/CrispianWFCDO/…

Promise this isn't a sub tweet of anyone, but how do we as diplomatic communicators on twitter move beyond 'good meeting with x.' tweets. I get we are trying project activity and our connections but they can be pretty dry. Any way to send the same messages in a more engaging way?

Congratulations @RehakLubomir on this important posting - London’s loss is Moscow’s gain. We will be sad to see you go and are going to miss you and @DRehakova very much. twitter.com/RehakLubomir/s…

On 16 Oct Slovakia's ForMin @IvanKorcok announced new appointments of the Ambassadors by the President @ZuzanaCaputova.
Following 5 intensive years in London🇬🇧 I am planning to move to Moscow🇷🇺 later this year.
Important posting for Slovakia🇸🇰🇪🇺 as well. pic.twitter.com/KJThe0R2Ps

Congrats @LoizouLucy and @iFLGUK on your achievement 👇So well deserved! London's consuls appreciate the assistance you give their international families in complex cases and we are grateful for all the advice you offer at our consular forums twitter.com/Parikiaki/stat…